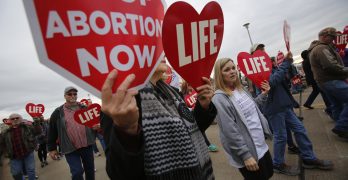 MONROE, La. - Congresswoman Julia Letlow (LA-05) has released the following statement on the Supreme Court’s draft opinion in the Dobbs case: "It is my hope that the Supreme Court is preparing to firmly state that our country will allow our people to stand for life and protect the rights of the unborn. It has taken decades of hard work, advocacy, and prayer for us to arrive at this moment. Louisiana is poised to be a national leader in defending life when a decision is issued in the Dobbs case. However, the leak of this information is an obvious attempt to obstruct the Supreme Court’s deliberative process. I look forward to the day when an offical opinion is issued." … END_OF_DOCUMENT_TOKEN_TO_BE_REPLACED 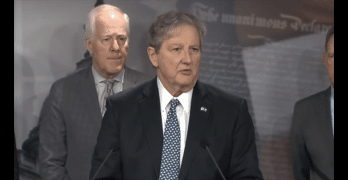 JEFFERSON CITY, Mo. -- The Missouri Baptist Convention Executive Board has authorized a new method of cooperative giving for its churches. “Plan B” allows churches to withhold funds from selected Southern Baptist Convention entities without withdrawing from Cooperative Program support altogether, according to The Pathway, the news service of Missouri Baptists. The MBC Executive Board overwhelmingly voted to approve “Plan B” during a special-called Zoom meeting, April 7. During the meeting, MBC leaders described “Plan B” as an attempt to acknowledge Missouri Baptists’ concerns with some SBC entities – for example, the SBC Executive Committee’s hasty decision to hire a law firm that promotes LGBTQ+ causes. “Plan A” is the MBC’s traditional form of CP giving through which churches send undesignated gifts to the SBC Executive Committee for distribution according to the allocation plan approved each year by Southern Baptist messengers at the SBC annual meeting. If churches opt for “Plan B,” they can select which SBC entities to withhold their funds from, and the MBC will forward their gifts only to those SBC entities that are not explicitly excluded by the church. “The MBC Executive Board continues to forward 38 percent of all … END_OF_DOCUMENT_TOKEN_TO_BE_REPLACED