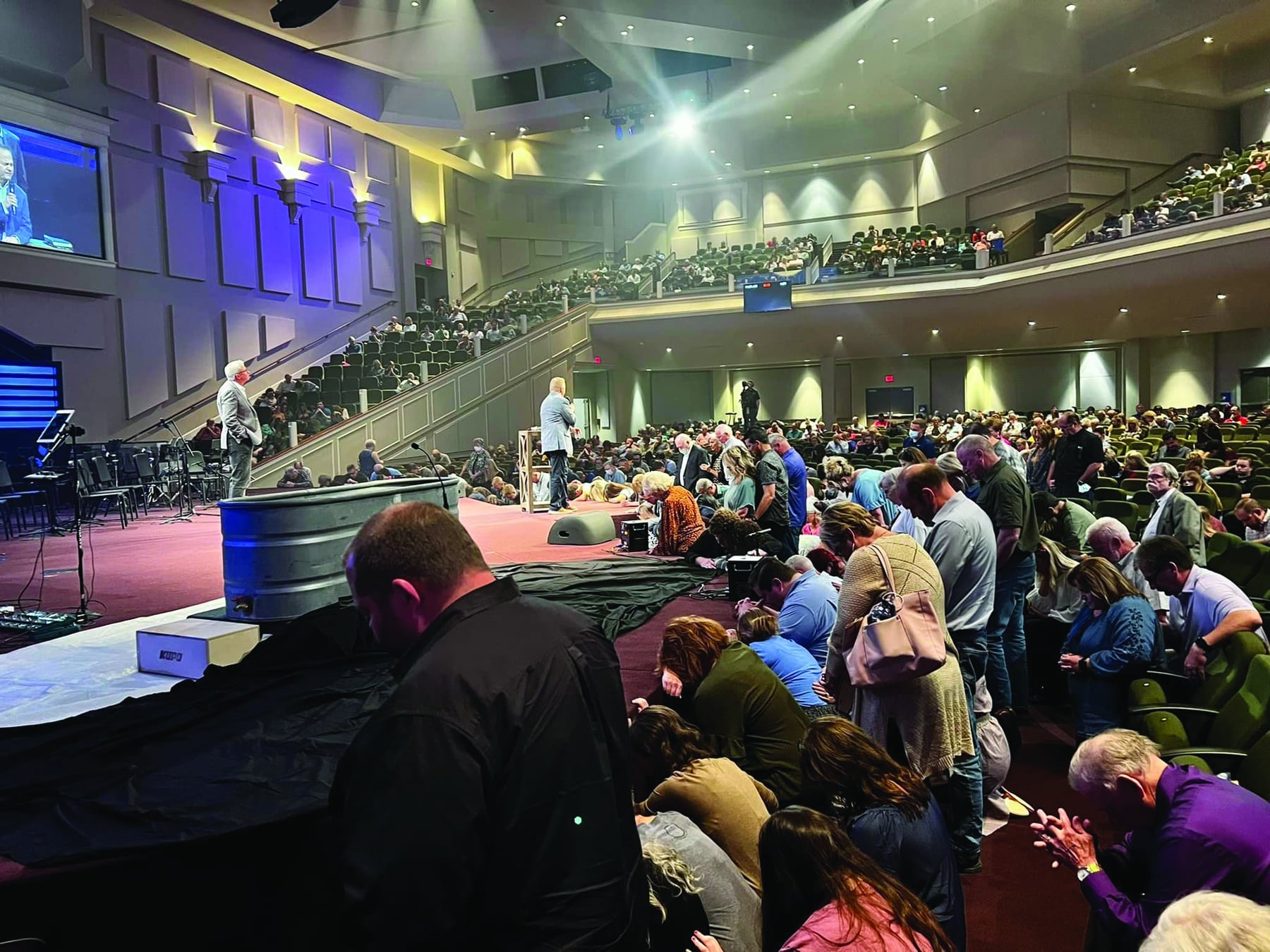 The 100th anniversary weekend at First West included a panel, Oct. 23, featuring Pastor Michael Wood, Associate Pastor Mark Fenn (also the longest-tenured staff member) and former pastors Dennis Swanberg, David Uth and John Avant. Swanberg, who served from 1991-1995, uses humor at events to encourage others around the world; Uth, who served from 1996-2005, is pastor at First Baptist Church, Orlando, Fla.; and Avant, who served from 2007- 2013, is president of Life Action Ministries, Buchanan, Michigan.

The following day, members and guests gathered for a special worship service that featured a prayer time at the altar and three baptisms. Since the church began, more than 9,500 new believers have been baptized.

Both Avant and Uth enjoyed returning to campus and reminiscing about God’s faithfulness to First West. 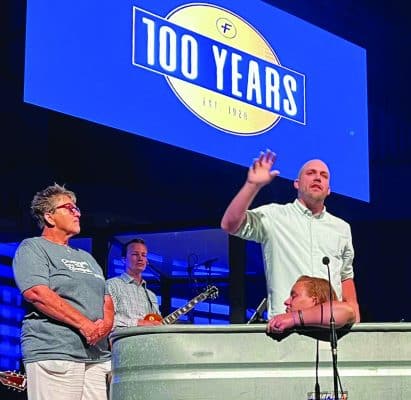 Baptisms were a part of the 100th anniversary celebration at First Baptist Church, West Monroe. The church has baptized more than 9,500 new believers since it was founded in 1921. First West photo

“It is exceedingly rare to have four pastors together like this who all love each other, all four love the church, and the church loves all of us,” Avant said. “This is one of the reasons why this smalltown church has seen such God-sized movements over the years.”

Uth added, “I was able to visit some Life Groups this weekend, and in talking with some of those people that were a part of our time at First West, I said ‘You left a mark on us; on me and my family, and that mark looks just like Jesus because we grew up here; and in fellowship, we grew together.’”

First West was founded in 1921 after W.L. Stephens, a member of the board of directors at First Baptist Church, Monroe, and Herman Driskell, the church’s first pastor, discussed the need to start a church across the Ouachita River in West Monroe. Sixty families agreed to be a part of the group that began meeting at Crosley Elementary School in West Monroe.

Since then, the church has started campuses in Fairbanks and Calhoun, begun a thrift store on the church property (whose proceeds have provided more than $1 million for local minis[1]tries) and formed partnerships with churches and missionaries in Kenya, Wales, Greece, New Orleans, Slovenia, Asia, Germany and Canada.

By Will Hall, Baptist Message executive editor ALEXANDRIA, La. (LBM) —“Nobody cares what’s happening to the Uyghurs, okay? You bring it up because you really care, and I think that’s nice that you care. The rest of us don’t care.” This appalling statement was made by Silicon Valley billionaire Chamath … END_OF_DOCUMENT_TOKEN_TO_BE_REPLACED