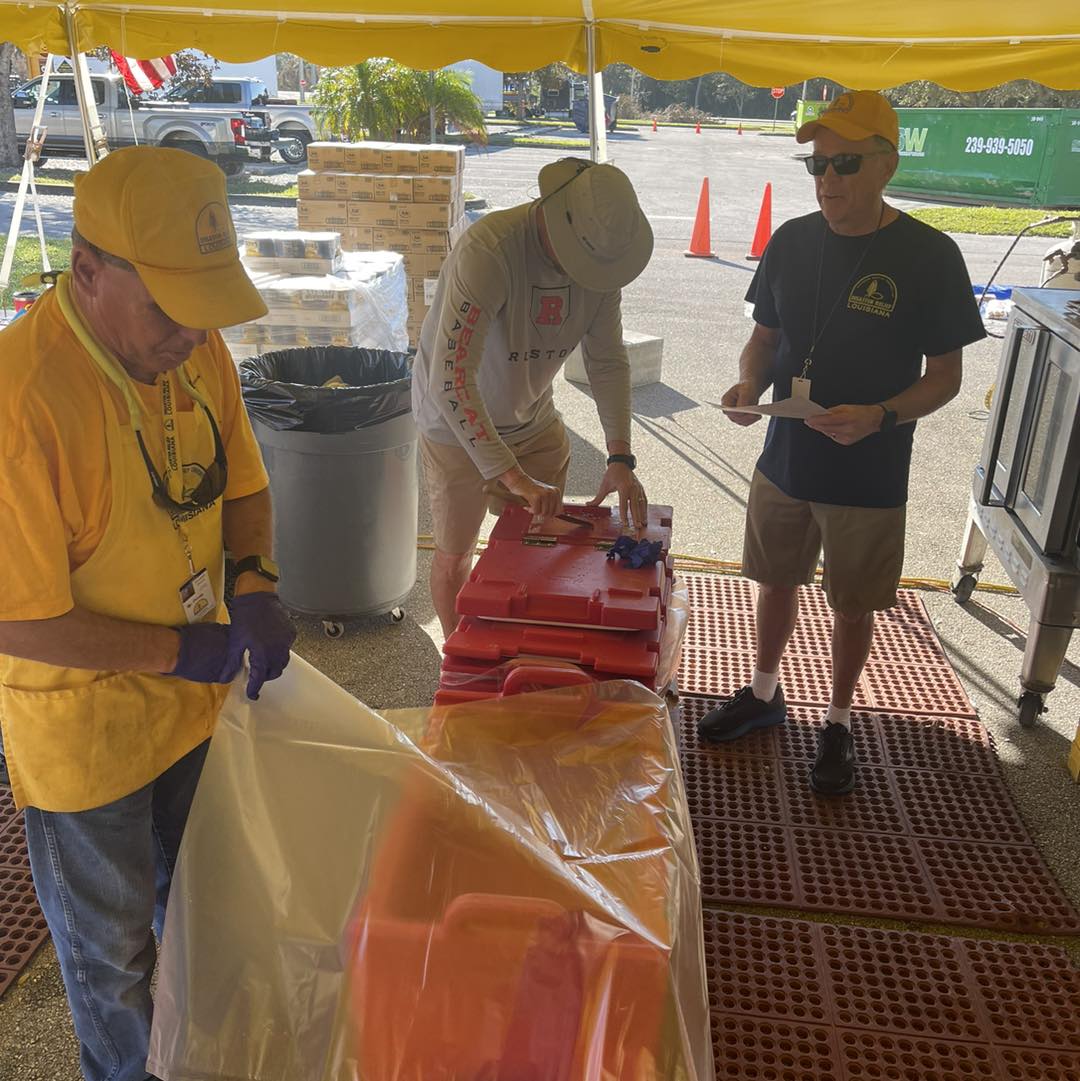 “He wanted to know why we were doing this, and I said because we are his neighbor,” said Broussard, a Louisiana Baptist Disaster Relief chaplain/assessor from Live Oak Baptist Church, Watson. “I said God sent us here to help our neighbor and that Jesus loves him and wants to come into his life. We prayed with him there as he accepted Christ.”

Broussard said throughout the week he witnessed numerous “God moments” that energized the team members and reminded them Christ is at work amid the destruction:

–After one homeowner refused help because he thought DR workers were operating a “scam,” team members assessed another home, which planted a Gospel seed for that homeowner to make a decision for Christ;

–Two volunteers from the community were moved to tears after Broussard prayed with them about a pressing personal matter in their lives; and

–Team members were an answer to prayer for homeowners when they showed up unannounced with badly-needed ice and a cooler.

“I prayed before we came that our team members would be a shining light,” Broussard said. “I couldn’t have asked for a better week. This was a win moment for our team and most of all God.”

The DR team members wrapped up a fruitful first week of ministry that included seven residents from Naples accepting Christ as their Savior.

Since Monday, a feeding team from Rolling Hills Ministry in Ruston has prepared 40,000 meals for residents, and a quick response team from various churches in the state has cooked 1,770 meals for Southern Baptist DR team members working out of First Baptist Church, Naples, according to LBDR Strategist Stan Statham. Additionally, mud out teams from the Northshore and Baptist Association of Southeast Louisiana associations have completed 27 jobs since Wednesday.

Assisting Louisiana were DR teams from the Texas Baptist Men and the Ohio Baptist Convention and an estimated 300 members of FBC Naples.

Statham said FBC Naples even contributed $10,000 to help purchase mud-out equipment, which allowed the teams to complete additional jobs in the field.

“The level of commitment by this church is off the chart,” Statham told the Baptist Message. “The church, plus the teams from Louisiana, Ohio and Texas, have come together and worked side by side in a tremendous way to bring help, hope and healing to this community.”

Statham said he is thankful for the teams’ willingness to serve, which helped soften the fields for a harvest of four souls.

“It’s interesting how God puts His servants in the right places where people are hurting and need Him,” Statham said. “God is faithful even in the midst of such tragedy to show His grace and mercy in people’s lives.”

For more information on giving to relief efforts or participating as a volunteer on the field, visit https://louisianabaptists.org/about/teams/missions-ministry/disaster-relief/.