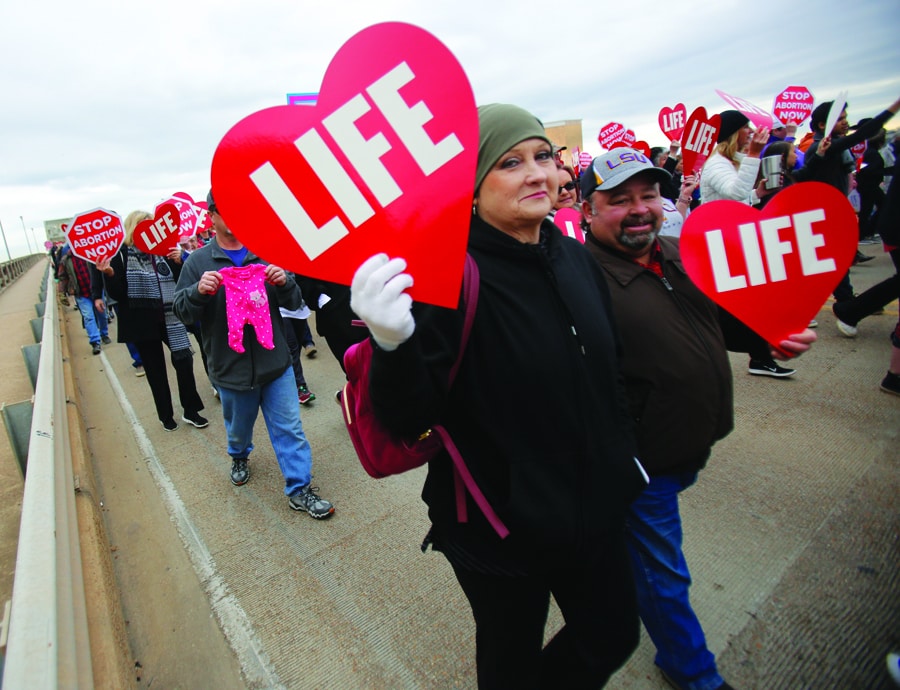 BATON ROUGE, La. (LBM)—In a July 8 hearing, Judge Ethel Simms Julien, a Democrat, ruled that she did not have jurisdiction over the case which had been filed in New Orleans to stop enforcement of a trigger law that now bans abortion in Louisiana.

She also declined to extend the temporary restraining order granted, June 27, by Orleans Parish Civil District Judge Robin Giarrusso, also a Democrat, that stopped the law from going into effect.

Julien’s decisions spared the lives of an estimated 40-50 babies scheduled to be aborted during the weekend by a plaintiff in the case, Hope Medical Group for Women in Shreveport. Medical Students for Hope, a pro-abortion group, which has a chapter with Tulane University, New Orleans, is the other plaintiff in the case.

Louisiana’s abortion ban went into effect after the U.S. Supreme Court overturned, June 24, its previous rulings in Roe v. Wade (1973) and Planned Parenthood v. Casey (1992) and returned “the authority to regulate abortion … to the people and their elected representatives.”

The lawsuit to stop the abortion ban was filed, June 27, by the two pro-abortion groups, and named Louisiana Department of Health Secretary Courtney Philips and Attorney General Jeff Landry as defendants – a key factor in Judge Julien’s ruling.

State law and Louisiana Supreme Court precedent require lawsuits against state officials acting in their government capacity to be filed in the parish of the action — in this case East Baton Rouge Parish, home to the offices of the state’s healthcare secretary and attorney general.

“We thank Judge Julien for her fair and impartial assessment of Louisiana law,” Clapper told the Baptist Message, while also lauding Attorney General Jeff Landry and his staff “for their thorough defense of Louisiana law.”

“While we expect further legal proceedings in Baton Rouge, we look forward to our laws prevailing in Louisiana,” he said.