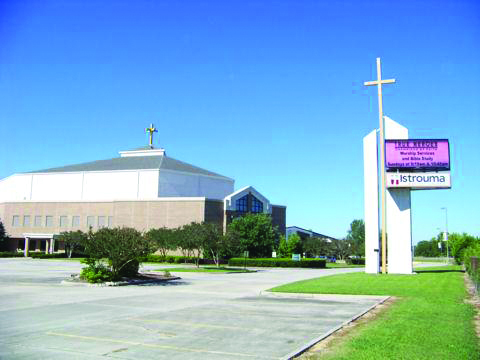 “We are grateful for God’s protection over our people and facilities and thankful for our first responders,” Pastor Micah Cating wrote in a statement.

Firefighters were called to the church at 7:28 a.m. Monday, the Baton Rouge Advocate reported. By that time, the fire had long been out. Arson investigators are searching for the subject.

According to WAFB-TV in Baton Rouge, the surveillance footage captured an individual wearing a mask and gloves walking up to the building. A few moments later a flash occurred. No damage was reported to the building.

Cating said the church continues to work with investigators.

Anyone with information on the incident should contact fire investigators at 225.389.2050.

By Steve Horn, Louisiana Baptists executive director Jesus reminds us that we should always pray and never give up (Luke 18:1). Today’s ruling from the Supreme Court serves as a good reminder of that truth. For almost 50 years, American Christians from various denominational backgrounds have been praying and … END_OF_DOCUMENT_TOKEN_TO_BE_REPLACED