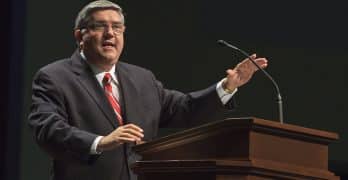 By Will Hall, Message executive editor FORT WORTH, Texas (LBM) – Long-time faculty member David Allen has released a letter alleging he has been fired. His action was in response to descriptions of his termination as “retirement” by Southwestern Baptist Theological Seminary. Allen was the seminary’s distinguished professor of preaching, and he also was the director of the Center for Expository Preaching, having served the seminary in multiple positions since 2004. He had been on a year-long sabbatical just prior to his departure, July 31. Baptist Press reported, July 29, that SWBTS President Adam Greenway had informed Allen via email that “his full-time faculty position would be eliminated at the end of July.” Allen also said Greenway unilaterally had designated him for “retirement.” However, Allen declined to retire or resign. Mid-America Baptist Theological Seminary announced, Aug. 1, that it had hired Allen as the new Distinguished Visiting Professor of Practical Theology and Dean of the Adrian Rogers Center for Biblical Preaching. Rogers, the now-deceased pastor of Bellevue Baptist Church in Memphis, Tennessee, who was a former SBC president and the leader of the conservative resurgence in the SBC, helped … END_OF_DOCUMENT_TOKEN_TO_BE_REPLACED 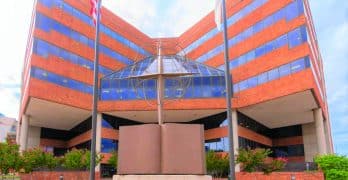 By Will Hall, Message executive editor WASHINGTON (LBM) – The United States Department of Justice is investigating allegations of sex abuse against the Southern Baptist Convention. The SBC Executive Committee revealed that it had been served a subpoena in a letter, Aug. 12. signed by the recently elected SBC president and all 13 national entity heads, stating their organizations are individually and collectively “resolved to fully and completely cooperate with the investigation.” According to news reports, multiple SBC ministries are being targeted. BACKGROUND The investigation is being launched as lawsuits are stacking up against the SBC since the release of the controversial “independent investigation” by the pro-gay Guidepost Solutions which was hired by the SBC Executive Committee to conduct an internal review. The SBC Executive Committee has since acknowledged there are 14 cases filed in North Carolina and 4 in Virginia, but scores of law firms are running ads seeking plaintiffs to join class action filings. The legal situation is complicated by the fact that long-term SBC attorneys Jim Guenther and Jamie Jordan resigned when, against their counsel, the SBC Executive Committee waived attorney-client … END_OF_DOCUMENT_TOKEN_TO_BE_REPLACED 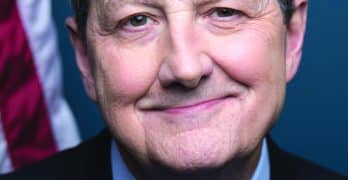 By Will Hall, Baptist Message executive editor ALEXANDRIA, La. (LBM)—U.S. Senator John Kennedy stopped by the Louisiana Baptist state mission center in Alexandria, July 7, to share words of encouragement and gratitude about statewide disaster relief efforts during the last two years, and he weighed in on some key social issues impacting the state and the nation. STATE & NATION In a meeting with Steve Horn, executive director of the Louisiana Baptist Convention, Kennedy lauded the faith community for its quick and sustained response to the four hurricanes which devastated the state, 2020-2021. “Every place I went it was the churches, they were there. I’m not putting down first responders, but it was the churches who provided the infrastructure,” he offered. “They are the ones who did most of the work.” Kennedy said Louisianans now are having to deal with insurers who do not want the risk of writing policies in areas hit hard by Hurricanes Laura, Delta, Zeta and Ida. “I hear complaints every day,” he said. “President Biden implemented a new program based on a computer algorithm they say can measure risk over the next 100 years of every individual home,” he said. “When we asked to see the computer software -- … END_OF_DOCUMENT_TOKEN_TO_BE_REPLACED