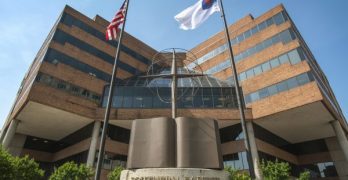 By Message staff NASHVILLE, Tenn. (LBM) – Nearly a year after messengers to the 2021 Southern Baptist Convention Annual Meeting called for the creation of a task force to oversee an independent review of the SBC Executive Committee over allegations of mishandling reports of sexual abuse, the task force released its findings on May 22. The 288-page report -- that can be found on sataskforce.net -- outlines the Executive Committee’s handling of sexual abuse cases between 2000 and mid-2021. The independent investigation was conducted by Guidepost Solutions. BACKGROUND In 2019, the Houston Chronicle and the San Antonio Express-News released reports relating to convictions, confessions and credible accusations of sex abuse involving 380 Southern Baptists pastors, deacons, staff, ministry leaders and volunteers and 700 victims during a period of two decades. About 220 of the perpetrators were convicted or made plea deals. The Houston Chronicle database included information about four men who previously served as Louisiana Baptist pastors, youth ministers and volunteers and were convicted of or pled guilty to sexual abuse crimes: — Holland Farrell McMorris, former pastor of Paradise Baptist Church, Ball, was convicted … END_OF_DOCUMENT_TOKEN_TO_BE_REPLACED 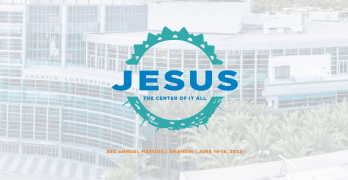 By Message staff ANAHEIM, Calif. (LBM) – Following the announcements that incumbent Ed Litton, pastor, Redemption Church, Saraland, Alabama, will not run for a second term and that his presumptive replacement, Willy Rice, pastor of Calvary Church, Clearwater, Florida, had withdrawn his name for consideration, three individuals have declared their candidacy for president of the Southern Baptist Convention. Litton has been plagued by revelations of extensive sermon plagiarism, and Rice came under fire for ordaining a deacon who as a teacher had sexual relationships with a high school girl. CANDIDATES As a basis for assessing the data provided for each candidate’s home congregation, the following averages (based on worship attendance for a per-capita comparison) are provided for the SBC: -- attendance to baptisms, 23:1 ratio (how many people in the pew it took to win a soul to Christ) -- portion of congregation baptized that year, 4.3 percent -- per-capita giving through the Cooperative Program, $53.30 Tom Ascol is pastor of Grace Baptist Church in Cape Coral, Florida and president of the Founders Ministries, a network of Calvinist Southern Baptists. His bio on founders. org states he earned a … END_OF_DOCUMENT_TOKEN_TO_BE_REPLACED 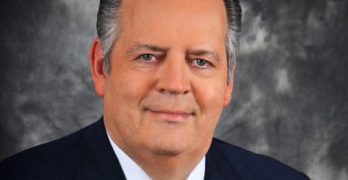 By Jill Waggoner, ERLC WASHINGTON, D.C. (ERLC) - Richard Land served as the president of the Ethics & Religious Liberty Commission from 1988–2013. Prior to his time at the ERLC, he worked in a variety of church and political roles, many of which were involved closely with the modern pro-life movement in its earliest days. Below, he shares his experiences and brings perspective to the current cultural moment, the story of Southern Baptist involvement in the fight against abortion, and what comes next. Jill Waggoner: Historians have noted that before Roe v. Wade, evangelicals in general were fairly inactive on the issue of abortion. Is that true for Southern Baptists? If so, how did that change afterRoe? What did it take to change Southern Baptists’ mind on this issue?  Richard Land: I was pro-life from the time I was a junior in high school because of an experience I had with a high school biology project. One of my classmate’s fathers was an OB-GYN, and she, as part of a project, brought to class what I now know to be about a 12- to 14-week-old male embryo. It was clearly a human being. That sensitized me to the issue. Abortion wasn’t much of an issue for Southern Baptists until Roe v. Wade. Prior to 1970, the … END_OF_DOCUMENT_TOKEN_TO_BE_REPLACED

By Steve Horn, Louisiana Baptists executive director Jesus reminds us that we should always pray and never give up (Luke 18:1). Today’s ruling from the Supreme Court serves as a good reminder of that truth. For almost 50 years, American Christians from various denominational backgrounds have been praying and … END_OF_DOCUMENT_TOKEN_TO_BE_REPLACED