“Everyday miracles are taking place at CENLA Pregnancy Center,” Johnson told a crowd of nearly 900 gathered inside the Randolph Riverfront Center. “Every time a woman walks in and she hears about the Lord, it’s a miracle. Every time a mother walks in and learns how to be a better mom, what to expect when she is pregnant, when she has a baby, that’s a miracle. There are miracles taking place every single day here in your community. And what an amazing opportunity it is that you get to be a part of those miracles, that you get to invest in the miracles that God is doing right here in your community.

Johnson was the keynote speaker for the fundraiser, which netted $363,713.77 for the CENLA Pregnancy Center. The event also featured remarks by other pro-life advocates, musical entertainment by a Louisiana College graduate who now is a Southern Gospel recording artist in Nashville, Tenn., and an announcement that the center will open its third location in Vidalia next year. CENLA Pregnancy Center currently has locations in Alexandria and Marksville.

Located on the Louisiana Baptist Building campus at 1254 MacArthur Drive in Alexandria since December 2017, CENLA Pregnancy Center has served 964 women through pregnancy decision coaching (by trained advocates), free pregnancy tests, free ultrasounds, information about pregnancy options, referrals for mental health counselor and obstetrician-gynecologists, safe house and affordable housing recommendations, adoption support (referrals to assist expectant mothers with an adoption plan and limited financial assistance) and post-decision support that includes parenting education as well as recovery groups for those who regret having an abortion. Additionally, the center meets basic needs for mothers and babies by distributing diapers, food, baby beds, hygiene products, car seats, clothing as well as limited stipends to assist women with rent or other needs. In all, 155 babies have been saved (out of 171 unborn children of mothers who considered abortion) during the few years that the ministry has been fully operational (services were limited by state restrictions at times during 2020).

More than 200 churches of multiple Christian denominations worked together to establish the pregnancy resource center, a non-profit, pro-life organization to provide compassionate support to women and men faced with difficult pregnancy decisions. First Baptist Pollock was instrumental early in the process, when they began praying in January 2014 for the establishment of a pregnancy care center in central Louisiana. Originally, they pondered setting up a center in the back of their church property. But hundreds of churches, business leaders and other pro-life advocates in central Louisiana learned about the idea and began contributing money and other forms of support. By December 2016, a nine-person board of trustees had been formed, with members, then, from Big Creek, Central Louisiana and North Rapides Baptist Associations. Then a $1 annual lease was signed in 2017 for use of the 5,660-sq.-ft. facility, a $72,000 annual benefit provided by the Louisiana Baptist Convention.

Johnson left Planned Parenthood after she assisted with an ultrasound-guided abortion on Sept. 26, 2009, and watched a 13-week-old baby die fight for its life. She quickly departed the nation’s largest abortion provider, vowing to become an advocate for life inside the womb and to expose the lies of the abortion industry. Johnson now travels around the globe to share her story and has helped more than 430 former abortion clinic workers leave the industry through her ministry, And Then There Were None. 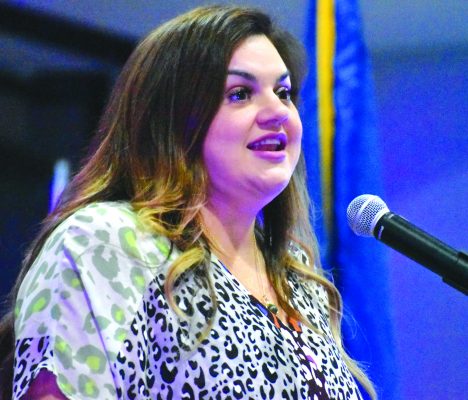 Johnson encouraged participants to join her in the fight to save lives of the unborn by donating to pro-life causes, preaching messages from the pulpit and showing up to minister to women who are about to enter a Planned Parenthood clinic.

David Brooks, pastor of Calvary Baptist Church in Alexandria, in his prayer to open the banquet asked God to grant wisdom to the CENLA Pregnancy Center staff and others who stand for life.

“Dear Jesus, we come to you to pray for the most innocent and helpless among us, for those that are not yet born,” Brooks prayed. “We know that no one really wants to have an abortion, they just feel like they have no other choice. But they do have a choice. They can choose life. Lord, we pray that you will touch each of their hearts so they will choose life.”

“God has transformed so many lives by this ministry,” CENLA Pregnancy Center Board President and First Baptist Church in Pollock Pastor Brian Gunter said. ”And I’m so thankful for what the Lord has done. There is not really one person who can take credit because this is ultimately God’s ministry. This is something he is doing. Who knows what the Lord has ahead for Cenla Pregnancy Center and all the other centers that we hope to see in the future.”

CENLA Pregnancy Center Executive Director Claire Lemoine said she was reminded through the banquet of God’s faithfulness as they minister to women and do their part to help save the unborn. 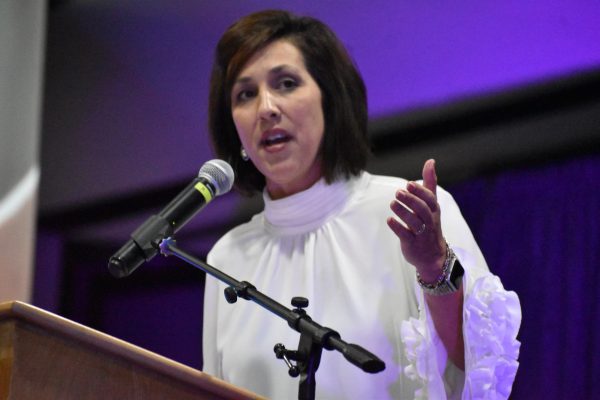 “A team of dedicated, passionate people pushed through challenging times to orchestrate a night which allowed almost 900 people to hear a message of utmost importance,” Lemoine told the Baptist Message. “Everyone gathered in the Riverfront Center heard the powerful message of God’s mercy and the truth, lies and evil of the abortion industry. We pray people took this message home and allowed it to sink into their hearts. When hearts are transformed and convicted in the truth, people act. People want to make a change and want to be part of building God’s kingdom. This night gave them that opportunity.”

For more information about the CENLA Pregnancy Center, visit cenlapc.com.

By Jill Waggoner, ERLC WASHINGTON, D.C. (ERLC) - Richard Land served as the president of the Ethics & Religious Liberty Commission from 1988–2013. Prior to his time at the ERLC, he worked in a variety of church and political roles, many of which were involved closely with the modern pro-life movement in its … END_OF_DOCUMENT_TOKEN_TO_BE_REPLACED