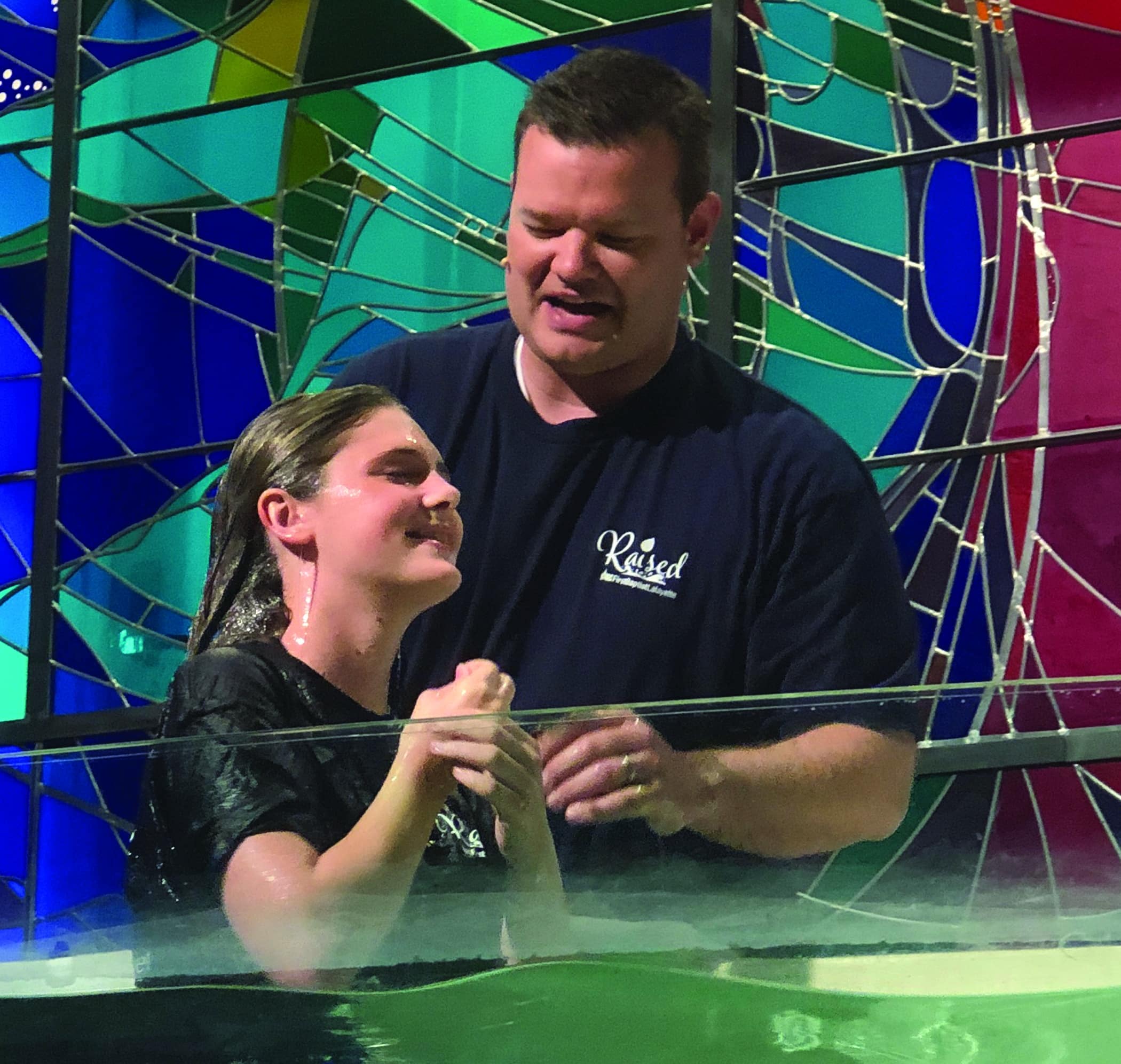 “During the last 12 months, the Lord has blessed the energy and effort we have put into what God has called us to do,” Pastor James Pritchard told the Baptist Message. “We have tried to cast a vision and make plans to do so in a biblical way.

“While the Bible did not have the same exact methodology we have today, the principles of that methodology are the same,” he continued. “That includes a big emphasis on prayer – praying for Kingdom needs and for lost people – as well as intentional evangelism and small groups.”

Moreover, the church has seen growth in Sunday school and worship.

FBC Lafayette started 10 new Sunday school classes in 2021 and another 13 since January. The church also saw Sunday worship attendance increase from 870 in September 2021 to 1,078 in August 2022.

When Pritchard started as pastor in April 2020, the state of Louisiana had begun implementing COVID-related restrictions. After a two-week hiatus from meeting in mid-March, adult Sunday school classes began online, allowing these small groups to maintain fellowship and study until on-campus classes resumed.

Minister to Adults Scott McKenzie said church leaders understood the vital role Sunday school plays in the life of FBC Lafayette and remained committed to that aspect of ministry.

“We never lost traction even though we hadn’t met in person for several months,” McKenzie said. “What we learned from COVID is affirmation that small group ministry is important to our church. It is the glue that helped all of us stay together during a difficult time in our country.”

The church continued to grow their Sunday school program in the ensuing months and prepared for a four-day revival in February 2022. After times of prayer and fasting, the church saw the Holy Spirit move with 56 baptized on the final night of the revival. Although the meetings ended, revival did not as 59 more new converts were baptized in the following six months.

“We have seen people continue to come to Christ, get baptized and get plugged in, and that is what you want out of revival,” Pritchard said. “Their hearts were touched and changed, and it has resulted in raising the bar on everything we are doing now.”

Pritchard said he is amazed at the way his congregation has continued to embrace a lifestyle of discipleship and evangelism so they can reach Acadiana for Christ through Kingdom-minded prayer, weekly visitation, intentional invitations during worship services, an annual revival and a multiplying Sunday School. He also is proud that his members have hosted spiritual enrichment events for the state, including the Louisiana Baptist Convention’s ReGroup Sunday School training event which drew 320 participants, including 110 from FBC Lafayette.

“I believe God is up to something,” he said. “I have no clear picture on what that is, but I do know that in south Louisiana there is a large amount of lostness. I sense there is great opportunity because there are so many fish in this pond that have not been caught yet. Prayerfully, the Lord is positioning us where we can do it even greater.”