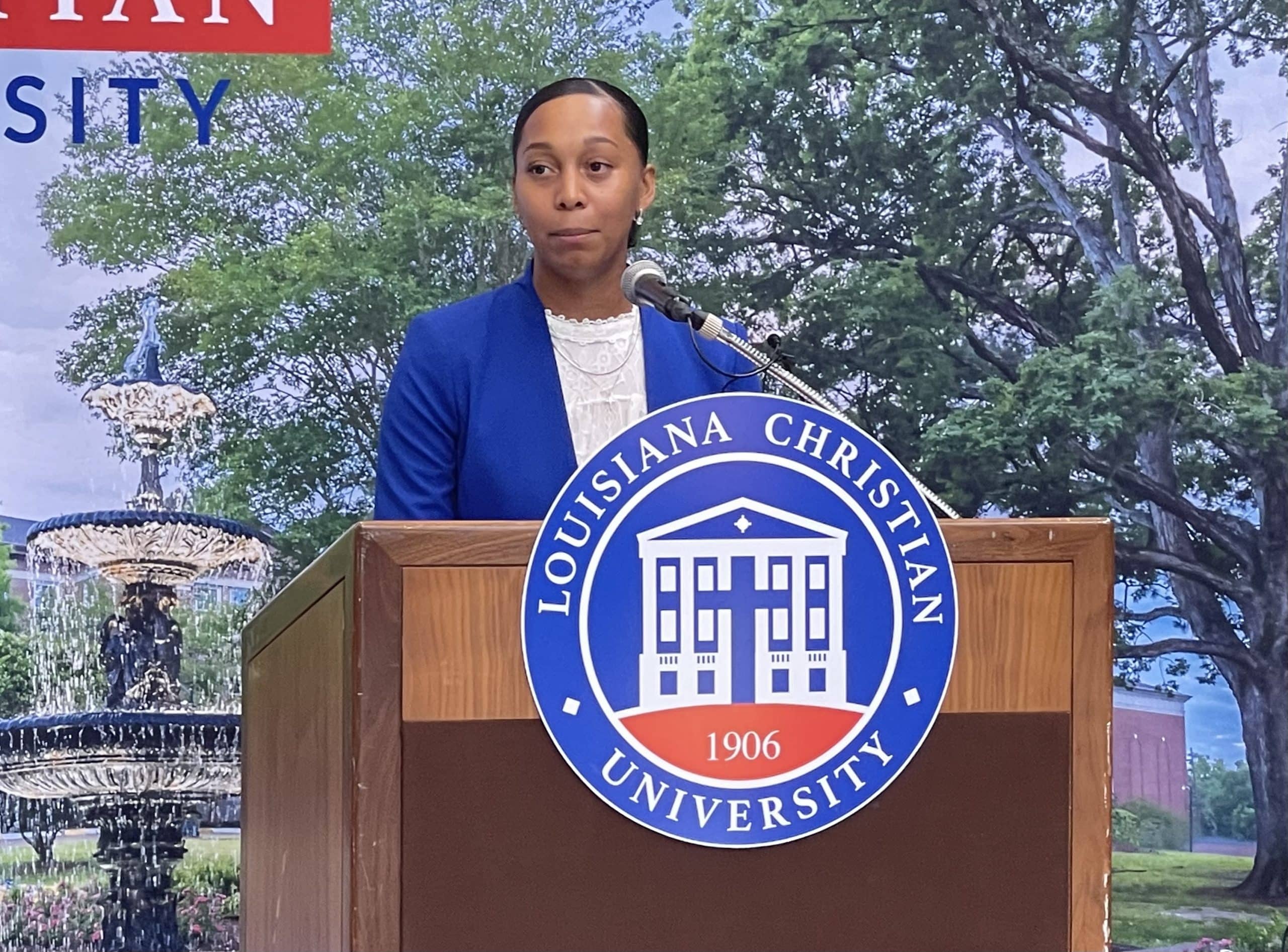 “I am going to show up every day and give this team and school everything that I have,” Phillips said in a new conference June 16. “Louisiana Christian University basketball is part of who I am today. And I’m looking forward to building towards a championship as well as transforming lives through the Gospel of Jesus Christ while making sure each student athlete succeeds on and off the court.”

Phillips helped lead then-Louisiana College to a 41-34 record and qualify for the American Southwest Conference Tournament twice when she played for the program (2013-2016). After graduation, she joined the team as its academic and community service coordinator, and operated team camps.

Most recently, Phillips was head coach of Winnfield High School, her alma mater. During her time there, she led Winnfield to the 2A state playoffs during the three seasons she coached there (2019-2022).

Athletic Director Reni Mason said out of the candidates he interviewed, Phillips stood out as someone who loves Jesus, people and LCU.

“First and foremost, she loves Jesus,” he said. “That’s what this place is about. That is something she will infuse to her players.”

By Steve Horn, Louisiana Baptists executive director Jesus reminds us that we should always pray and never give up (Luke 18:1). Today’s ruling from the Supreme Court serves as a good reminder of that truth. For almost 50 years, American Christians from various denominational backgrounds have been praying and … END_OF_DOCUMENT_TOKEN_TO_BE_REPLACED