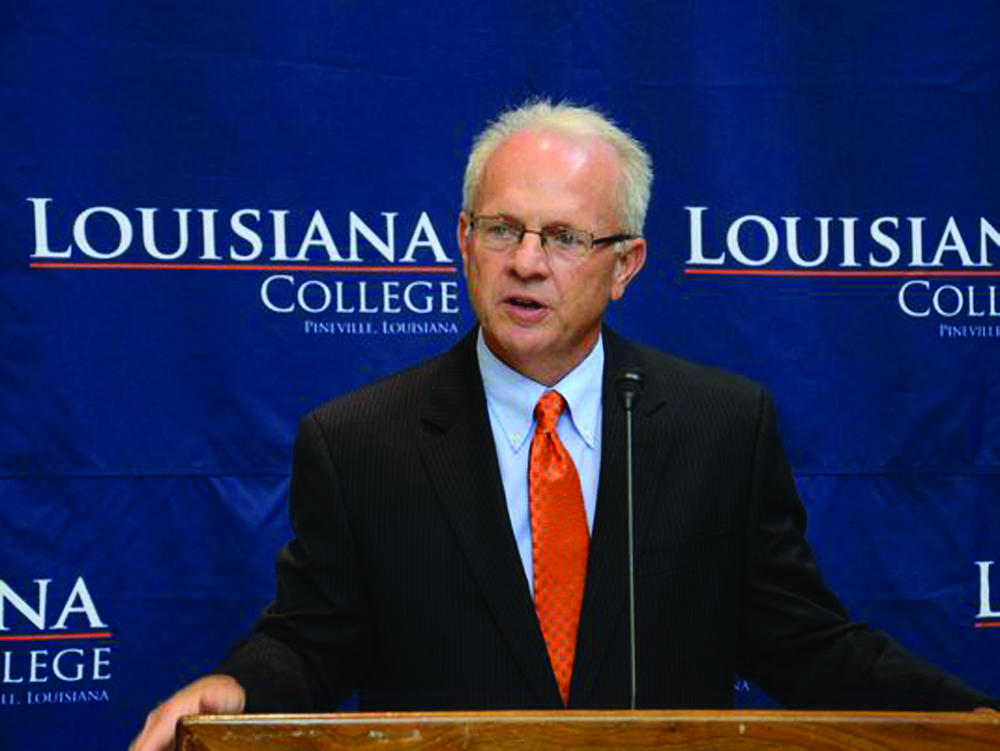 On June 8, Winnfield High School’s Lyn Bankston was introduced as the Lady Cats new head coach. He becomes only the sixth head coach in the softball program’s history and succeeds Rosier, who spent four seasons at LC.

Dunn said he’s known Bankston for many years and called the hiring “a good move on several levels.” “I’ve known Lyn since he was a player at Louisiana Tech,” Dunn said. “Just his grit as a competitor is something I always admired.  So, really, all of this came together like a glove, in terms of fit. He is a great fit for LC.”

The opportunity to coach on the college level, especially at a college which has special meaning to him, was just too much for Bankston to pass up.

“When you’re in my profession and you’re extremely passionate about it like I am, the thoughts always come into your mind,” said Bankston. “You always want to coach at the highest level.”

“Louisiana College softball has such a rich history and is full of tradition,” said Bankston. “I’m excited about the possibilities for this program and working with the professors, administrators and the coaching staff here.”

Louisiana College finished 28-13 last season, but missed the NCAA Tournament for the third straight year. Yet, Bankston is optimistic about the team’s chances of returning to the national spotlight as Louisiana College has plenty of talent returning — including All-American Southwest Conference first-teamer Savannah Settle.

“I think we have a great nucleus of players right now,” said Bankston. “They have a high caliber of good, hardworking girls here.”

Even though he graduated from Louisiana Tech, his roots run deep through LC’s rich athletic history. Bankston’s father, Tommy, was a standout in both football and baseball for the Wildcats during the 1950’s and is a member of the LC Athletics Hall of Fame. Lyn’s daughter Caitlyn also played for the Wildcats softball team in 2009, when she led the team in triples while hitting .368 before calling it quits to focus on her education.

During his four seasons at Winnfield, Bankston, 56, compiled a 68-38 record, leading the Tigerettes to three appearances at the Fast Pitch 56 in Sulphur and to the school’s first state softball championship game, where they lost to Menard 1-0 in the Class 2A final last month. He was named the Class 2A Coach of the Year by the Louisiana Sports Writers Association.

Bankston said he is willing to do whatever it takes to bring the softball program back to its elite status and bring a championship back to Pineville.

* – The Alexandria Town Talk contributed to this story.