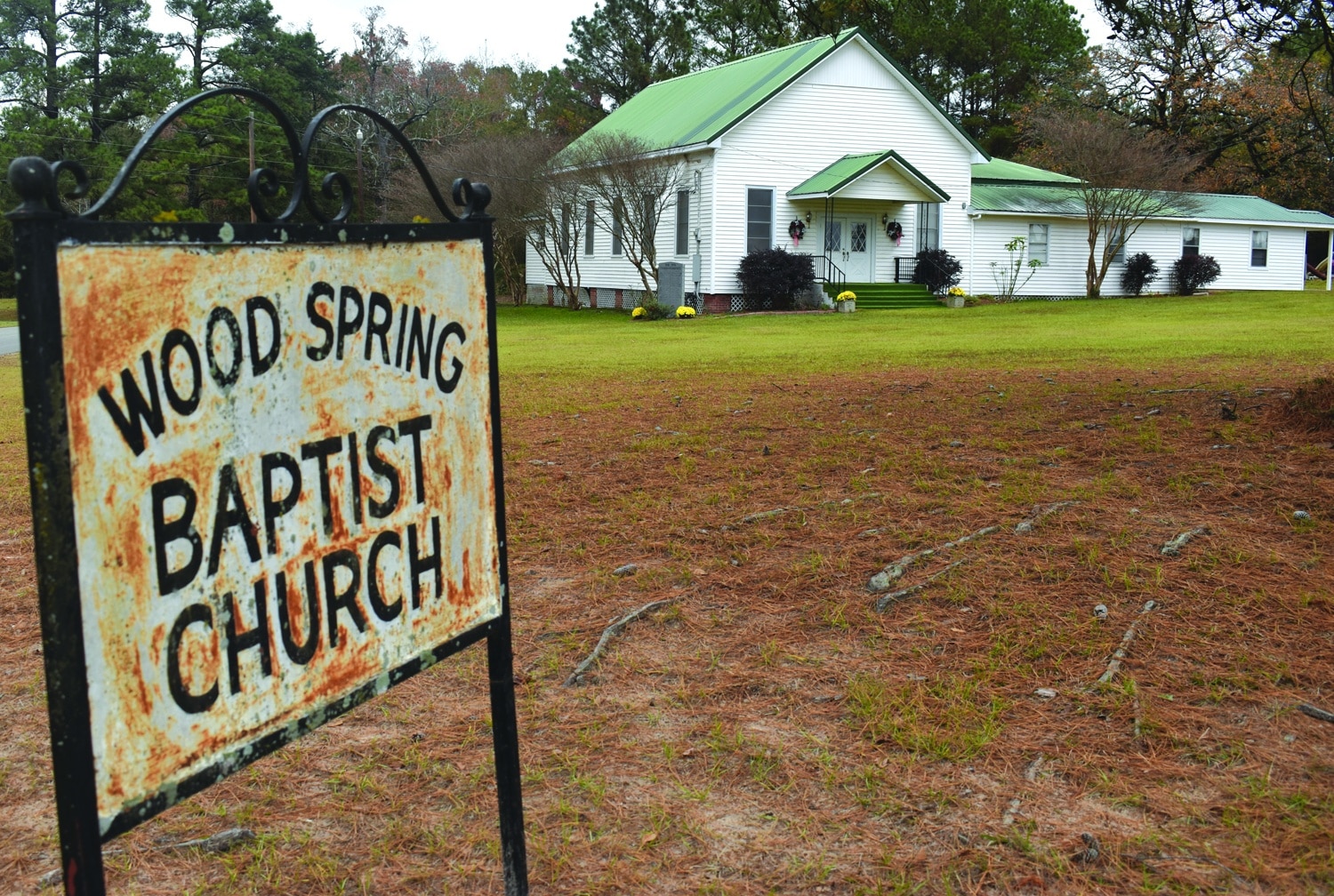 By Norm Miller, Special to the Baptist Message

GRAND CANE, LA. (LBM) — Not many pastors celebrate 14 successive years of ministry at one church, and fewer still do so when 89 years-old.

Wayne Roberts first preached at Wood Springs Baptist Church in Grand Cane, Louisiana, in a pulpit supply role 14 years ago, he told the Baptist Message. He’s still preaching and his wife Bobbie, 87, still plays the piano, and they both continue to exude spry spirits as well as a deep love for the Lord’s work and His people.

“Wood Springs believes in missions,” Wayne said. “We give to home and foreign missions. Our people gave about $100,000 for the new ministry building at Toledo Bend.”

The church also helps people in the community after personal tragedies and sickness, and aids those who are in financial straits.

“We use God’s money wisely,” Roberts said. “We may be small, but Wood Springs is probably the most mission-minded church we ever served,” his wife added.

The pandemic cut worship attendance in half, but about 25 have remained faithful.

“Wayne isn’t a longwinded preacher. That’s why the people like him,” she explained.

“About 15 minutes is as long as you can keep anybody’s attention,” he reasoned. “I don’t care what you’re talking about.”

Roberts said he heard about a pastor who preached a 45-minute sermon.

“That’s about 20 minutes too long,” he observed. “The people are building houses and cooking dinner before you get done with that sermon.”

The pastorate is a second ministry career for him, leading worship in song was his first passion.

His life-long love for music started when he was a teenager in church — and that’s where he found his other life-long love, Bobbie. She played the piano, and he led the music at Avondale Baptist Church in Texarkana, Texas. He was 14 years old, and she was two years younger. Two years later, in 1949, they became Mr. and Mrs. Roberts.

“I wasn’t even thinking about marriage. I had school to finish,” she confessed. “But Wayne talked me into it.”

“I think it turned out alright,” he quipped.

Drafted into the U.S. Army in 1953, Roberts continued in ministry as a chaplain’s assistant, becoming the music director for Sunday chapel in what he recalled was the first Southern Baptist mission work established in the state of Washington.

He later worked for a newspaper in Texarkana while she finished high school, and they both continued serving the Lord at Avondale until 1960. The couple moved to Shreveport, where he ultimately retired from the Shreveport Times after 40 years.

“These churches had no music program,” he said. “They had nothing.”

At each place, by the time the couple left, she noted that “every church had a complete graded music program from preschool on up.”

The search committee at Fairy Lake Baptist Church initially did not want him as music minister.

“They thought I was too sophisticated,” he said. “It wasn’t his music,” she noted. “It was that he wore a nice shirt and tie.”

Starting with only eight women, the choir eventually grew to have more men than women.

“We had a great program, there,” Roberts said.

The couple fondly recalled when the Fairy Lake choir joined three others in an outdoor Easter Sunrise Service at a park by Caddo Lake.

“Fishermen would pull into to that dock and hear that music, and they would stop and pull off their hats and listen till we got done,” he said.

“They gently shut their car doors. They didn’t slam them,” she offered, adding that some men just stood by their cars and others joined the congregation.

She said that whenever she and he planned for a children’s musical, “we had kids from the Pentecostal Church, the Catholic Church, the Church of Christ, the Methodist church, and First Baptist in Oil City. We had to bring in chairs.”

“The Lord used that. The parents just ate that up,” he reflected about those days. “We reached people that adults would never reach. If God can use a couple fish and some bread to feed 5,000, he can take a few little kids and reach a bunch, I’ll tell you that,” Roberts said, recalling a program based on Noah and the Ark.

Meanwhile, she remembered that one pair of great-grandparents saw that musical, “and in all the years we were there, that was the only time we ever saw them at church.”

Enthusiasm for that musical spilled over into other churches, who borrowed the backdrop and the props.

“That thing went on for four or five years,” Roberts said. Everything in his ministry “just fell in place,” he continued. “If you’d have asked me before it all happened, I’d said, ‘You’re nuts.’ God just worked it all out. God prepared me for different steps all along the way. We’d get things done in one church and God would move us to another one.” 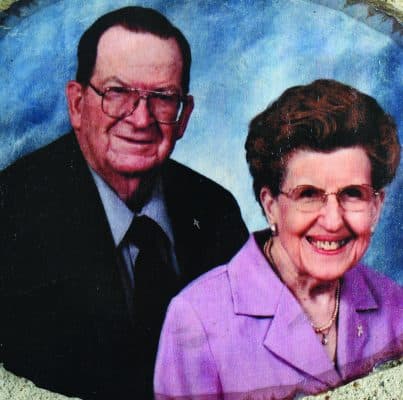 Wayne Roberts, 89, has served more than seven decades in ministry. His
wife, Bobbie, has served alongside him at churches he pastored. Submitted photo

At almost every church, Roberts served as associate pastor and music director, with only a few difficulties dotting his path along the way.

He resigned from one church because of the new pastor’s administrative style and vision. At another church, he was instrumental in helping a handful of people realize that their disruptive behaviors were not welcome. After those people left, the church’s harmony and mission grew, he said.

Roberts advises any young man headed for ministry to “simply tell God, ‘Here am I, send me. I am here, and You are going have to make the provisions.’”

“You have to believe that God is going to do the impossible with you even though you think you are not capable of doing it,” he encouraged. “God will show you that you can. But you’ve got to keep ‘I’ out of it.”

She has been his partner in a lifetime of ministry, together.

When asked to recall how God has blessed her, she replied, “How has he not blessed us? I love people. And I love working with kids.”

Not blessed with children of their own, she said God gave them hundreds in children’s choirs.

“One woman had two of the sweetest little boys you ever saw,” she recalled. “That woman told me, ‘You and Brother Wayne love kids and work with them so well. I used to wonder why God didn’t allow you to have children of your own, but I know now. My kids was going to need y’all.”

“That was one of the greatest compliments we could ever have,” she said. “God used us. When you stop and think about it, if we don’t stand in God’s way, he can use anyone.”

Reflecting on his decades of ministry, Roberts was thankful.

“I’ve had a message in my heart ever since I was a teenager, and I just got after it,” he said. “I stayed with it. Me and the Lord, we’ve had a great time.”

By Will Hall, Baptist Message executive editor ALEXANDRIA, La. (LBM) —“Nobody cares what’s happening to the Uyghurs, okay? You bring it up because you really care, and I think that’s nice that you care. The rest of us don’t care.” This appalling statement was made by Silicon Valley billionaire Chamath … END_OF_DOCUMENT_TOKEN_TO_BE_REPLACED