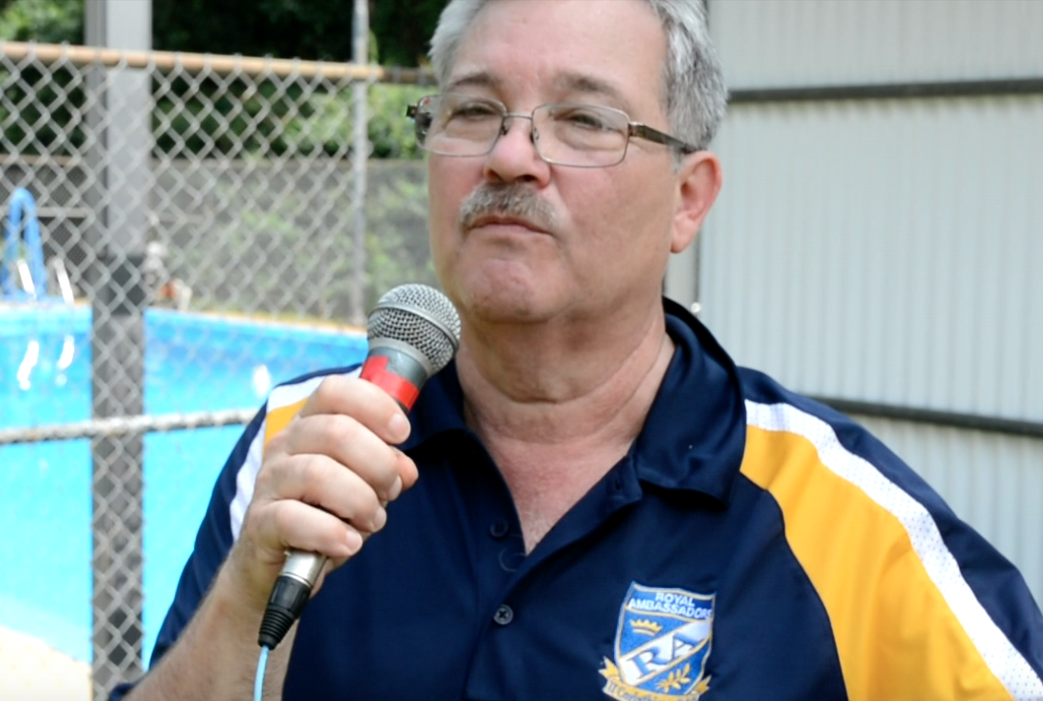 Mike Collie, RA ambassador for the state of Louisiana, talks about what has been going on during this year's RA Camp.

During this year’s Royal Ambassador (RA) Camp at Tall Timbers, 52 campers from six churches not only got to experience what it was like to be a pioneer but they also got an opportunity to spend some quality time with their fathers and other godly men who come into their lives.

The camp, which is for children first through sixth grade, took place June 22-25.

“One of the main things we wanted to focus on was Christian men spending time and having fun with these young boys while being a good Christian person,” said Mike Collie, Royal Ambassadors state director. “Additionally, it provided an opportunity for the boys to grow in their relationship with Christ.”

Besides the worship and Bible study, campers also got an opportunity to do archery, shoot BB guns, swimming, bazooka ball, tackle the challenging high ropes course  and use the paddle boats there at the camp.

“We had a lot of fun,” said Collie.  “We instructed our boys in shooting and archery. We also played bazooka ball, swam and completed a ropes course.”

Corey Olivier, BCM director of New Orleans Metro, was the camp pastor for the week. On Monday night, Olivier walked through the book of Genesis, talking about how Adam and Eve were pioneers in the garden. On Tuesday night, he went through Numbers 14, which described how Joshua and Caleb were sent out as pioneers to explore the promised land and how they had the courage and used their faith in God to take back the land. On the final night, Olivier went through Acts 9 which spoke about Saul’s conversion and how God changed his life and gave him a new name.

In addition to having a good time participating in a variety of outdoor activities,  since the camp was themed ‘Pioneer Days,’ campers also got a chance to spend quality time with their fathers and other godly men, who came the camp. Campers not only got valuable life lessons but also received valuable spiritual lessons from Olivier.

“Where do you learn how to be a dad? Most of us learn how to be a dad from our dad,” said Collie. “The sad thing is today most children don’t live with their dad or even have one. This camp provides that for these kids by giving them someone to look up to during the week.”

Royal Ambassadors is a missions education tool for boys grades 1-6 committed to living out the RA Pledge.